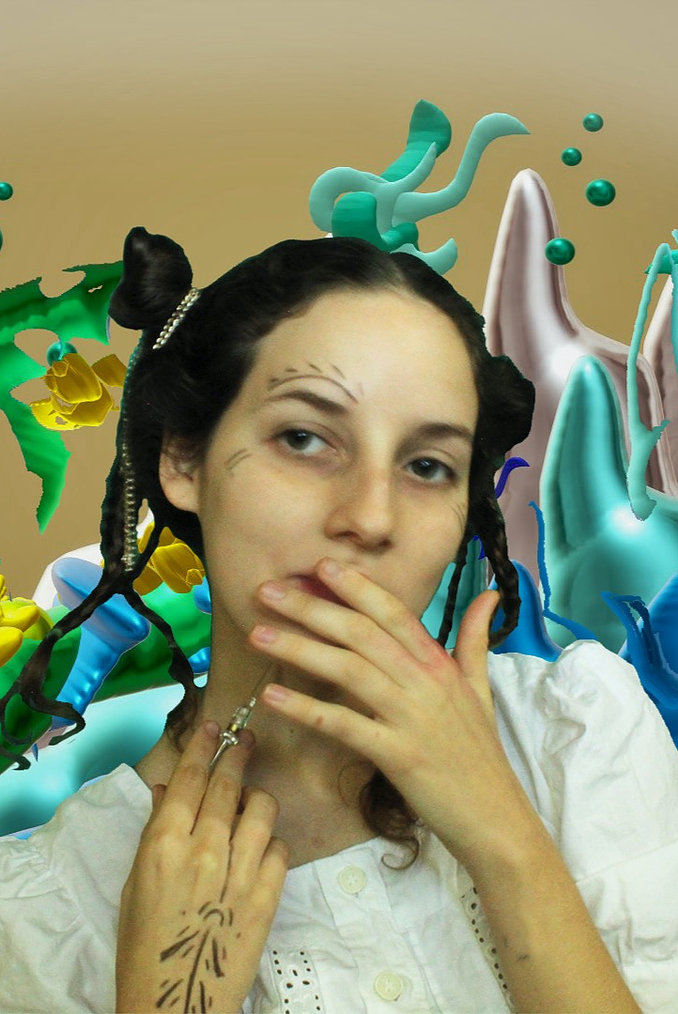 Ana Rubinstein (Buenos Aires, Argentina) studies at the Universidad Nacional de las Artes (UNA) where she is receiving her degree this year.

Thinking of what we would be capable of in order to survive future global crises with technology in our reach pushes Ana to become more interested in working and researching the human condition, its technological/virtual extension, and the relationship with nature.

At the beginning of 2019, she started to deepen into the audiovisual domain and 3D animation in a self-taught manner since it wasn’t the field in which she used to develop. She uses animation and 3D modelling as more "malleable" tools allowing her to get closer to the realisation of her ideas.

She makes different species of three-dimensional plants that are mixed with scenes from a galaxy close to that of science fiction. At the same time, her works question the relationship between these species and ourselves as humans: how does technology influence our lives and how will it influence us in the future? What would we be capable of in order to survive an economic, social, ecological and biological crisis much bigger than those that we have already survived?

It is a journey to a new, as yet undiscovered outer space, with life forms different from the ones ‘we know’. Throughout the journey, enveloping sounds float through the atmosphere replicating themselves in every nook they encounter almost like a clear and scattered dream.

Ana is now more interested in outer space (Universe, galaxies, planets) and how time and space can change so easily but yet remain so endless. Being in a dark, empty space, they acquire a different visual force, as well as a certain drama of a possible future. Also, in this work, plants and asteroids take centre stage, leaving little room for the human species.

In the future Ana wants to have a place where she can take her digital work into interactive installations where people participate through virtual reality. She is looking forward to training and working with Artificial Intelligence to help herself create new species of plants and even animals.