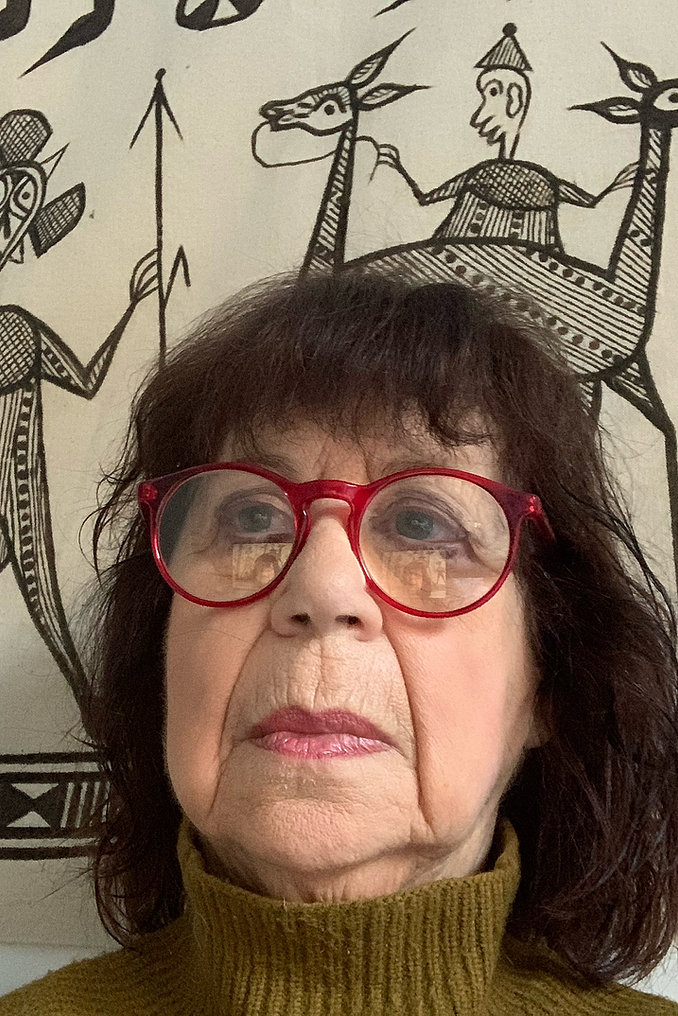 Creating sculptural installations and three-dimensional works by using everyday, cheap and accessible, mainly plastic objects, Barbara Lessing  responds to the social and political injustices  of our day. Embracing the aesthetic and visually appealing Kitsch art, the viewer on second sight becomes aware that relevant political messages reside within the three-dimensional pieces, messages that should not be overlooked. With her time-specific works, Lessing's visual representations cause us and her to  address and question the serious social, political and environmental injustices of our time.

Barbara Lessing had always been interested in the question of how to define (good) taste.

She would often pass a local rather unusual shop, where the walls were covered from top to bottom with an array of frames, mirrors, kitsch reproductions of paintings etc.

She usually saw many people going there to buy and frame their chosen art works to hang in their homes. She convinced the owners of this shop to allow her use it as an installation for her own exhibition “Each one to his own taste”, as she was trying to combine all this ‘kitsch’ art with what was considered ‘art’ by the critics.

To do this she invited well known artists to show their own work amongst the popular/kitsch artefacts that completely covered the walls and shop windows.

It caused great excitement in the local street, as the shopkeepers all wanted to participate in a local ‘art’ event. The invited artists mixed their work amongst the kitsch objects and reproductions, sometimes using the frames on the walls and filling the glass domes In the overcrowded room, as the public continued to use the shops and also look at the exhibition.

This ‘popular’ appreciation of art led Barbara Lessing on the path to using objects, usually cheap and plastic (not yet considered such a polluting material) found in very popular one Pound/Euro shops springing up all over Lisbon.

She hoped this work would relate more to people than oils hanging in an art gallery.

She now lives in the UK, and the injustices she has been trying to show in her work for the last twenty years, have changed very little. However her work process had to change when she returned to London. In Lisbon she was inspired by what she saw in the pound/euro shops and produced work related to those objects. In London the idea of the work came first, as the source of her material came mainly from eBay, due to the lack of the cheap shops that had motivated her back in Portugal.

Together with Barbara, in August 2020, we produced a project called Barbie Contrasts: an experiment combining spontaneous installations she captured during lockdown, with sound of musician, vocalist and composer Soho Rezanejad.Selected from the experiment with an algorithmic playlist, The Barbie Contrasts uses Rezanejad’s sounds from the Six Archetypes (2018) in combination with Lessing’s series of photographs captured continuously by one phone camera.