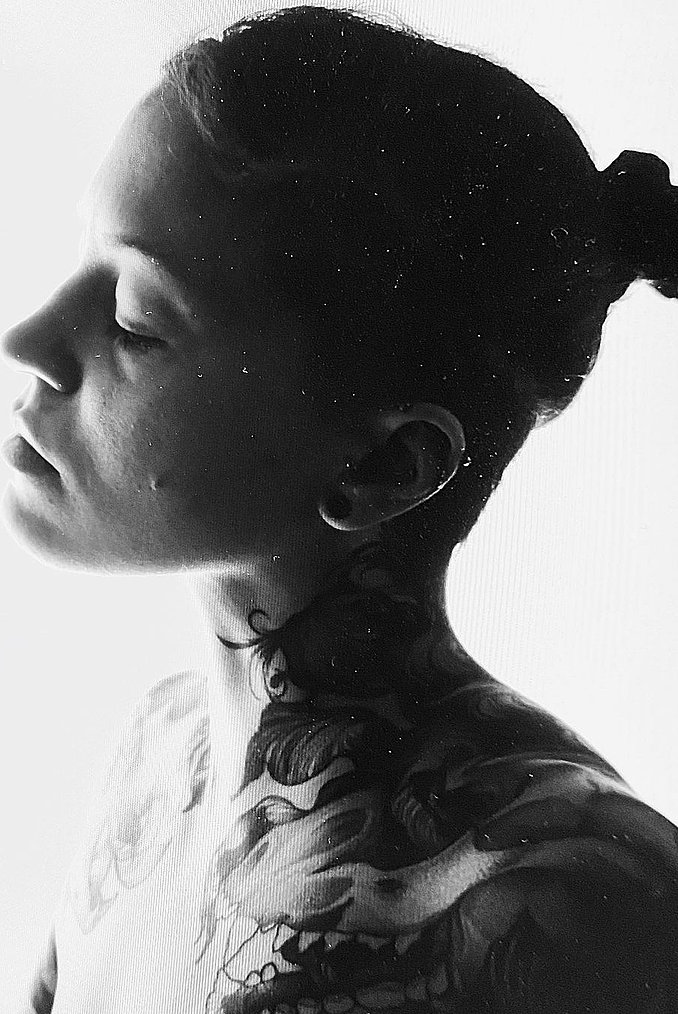 London-based Canadian artist Émilie-Christine Newman has exhibited and performed works across Europe and North America. She completed her MFA from the Slade School of Fine Art in 2016, earning her the Bernice Goodwin Prize for excellence in performance.
‍
Emilie’s practice is highly gestural and built around themes of loss, mortality and rebirth. It has served as a means of expressing her experiences and frustrations with life, including a variety of chronic illnesses and mental health issues and how she began to overcome them.
‍
In 2016, she earned her MFA in Fine Art Media from the Slade School of Fine Art, including the Bernice Goodwin Prize for excellence in performance for degree show piece "By the Fault of None, All Begins to Fail".During the latter half of her MFA, she began a solo improvised Noise project called LUXUL. This has become a cornerstone of her art and has helped move her practice, which had always been about her own experiences, to one created in the moment, without premeditation, using her body, mind, voice, and movement as the medium through which the work is created.
‍
While the COVID-19 pandemic affected a lot of people in a lot of ways, its effects have been felt differently for queer and trans people. Anyone who has come out or was in the process of coming out within the last few months has had their opportunity to redefine their place and identity in society stolen from them. Now they remain in a weird temporal stasis, waiting for whatever new normal emerges to allow them to experience everything they planned, hoped, and dreamed.
‍
“In late 2019, my partner Danica came out as trans and started her transition. One of the things we were both most looking forward to in summer 2020 was the opportunity to go on a beach holiday where she could be herself, wearing a bikini and enjoying the sunshine.”When the pandemic hit, with borders being closed and flights cancelled, all of those dreams went up in smoke.Rather than wallowing in the despair of it all, Emilie wanted to give her girlfriend Danica the beach holiday she so craved within the confines of their living room.
‍
For “The Beach is Calling and We Must Go [for Danica]”, they decided to perform their own digitally-conjured queer holiday.Original performance to camera duration approximately 1.5 hours.