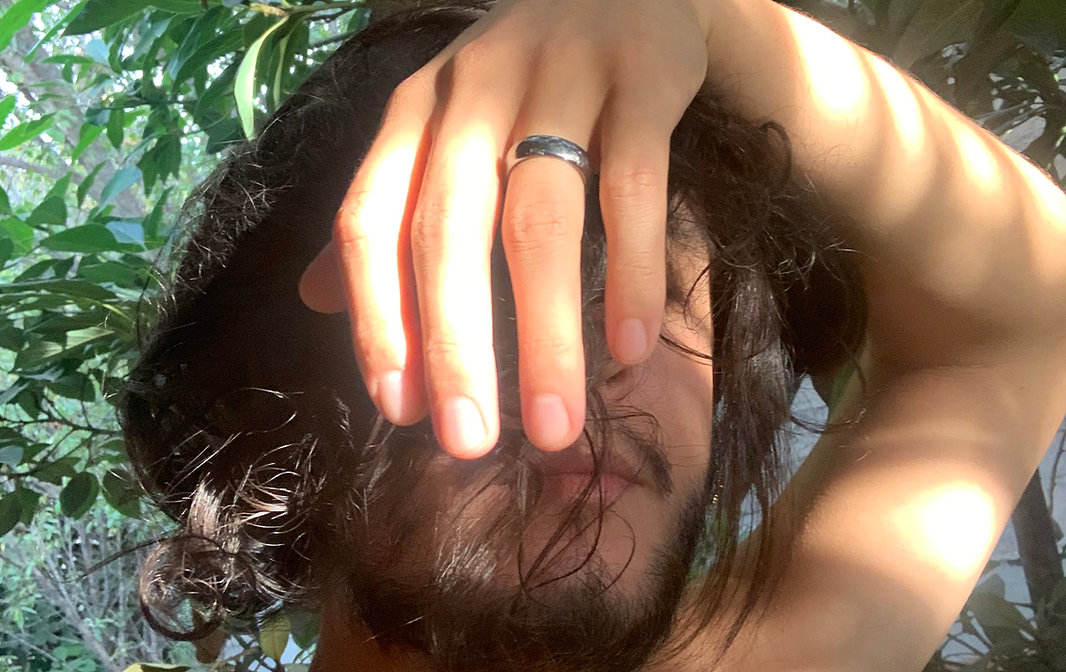 Mateo Vargas is a queer non-binary Mexican-American writer, photographer, filmmaker, performance and visual artist whose multi-media work focuses on the intersections and fractures of identity, borders, and diaspora under the dual legacies of colonialism and late-stage capitalism. Their video art has screened in festivals and galleries in the United States, Mexico, Japan, Colombia, Cuba, Argentina, Germany, Greece, Italy, and France.
‍
Mateo’s art practice pulls from their background growing up as a Mexican-American and the reality of having their life defined by borders, extended amounts of time apart from their family as well as navigating shifting cross-cultural divides.

This has resulted in their work to focus on the intersections of identity, borders, and mixed Latinx heritage seeking to deconstruct the colonial politicisation/oppression of the body and indoctrination of the mind.

In June 2020, we hosted an online exhibition featuring the art of Mateo Vargas involving predominantly works produced between 2018-2020.

In 2019, Mateo Vargas initiated a project called 69,550, which became an ongoing mixed media/performance art piece engaged with the record number of known migrant children detained by the Trump administration in the United States in 2019 alone. The piece intended to take the numeral statistic of a group of children normally unseen and unheard and transform it into a tangible visual in the real world where each number has its own weight and significance representing a human life.

Each number is painted in red, white and blue paint on the same kind of emergency blankets used in concentration camps of migrant children in the United States. By the end of the project, the painting will cover 100 sheets. Mateo’s intention is to cover a whole exhibition space from wall to wall.

During Mateo’s digital exhibition, we set up a special segment on our website for 69,550, updated as the work progressed.