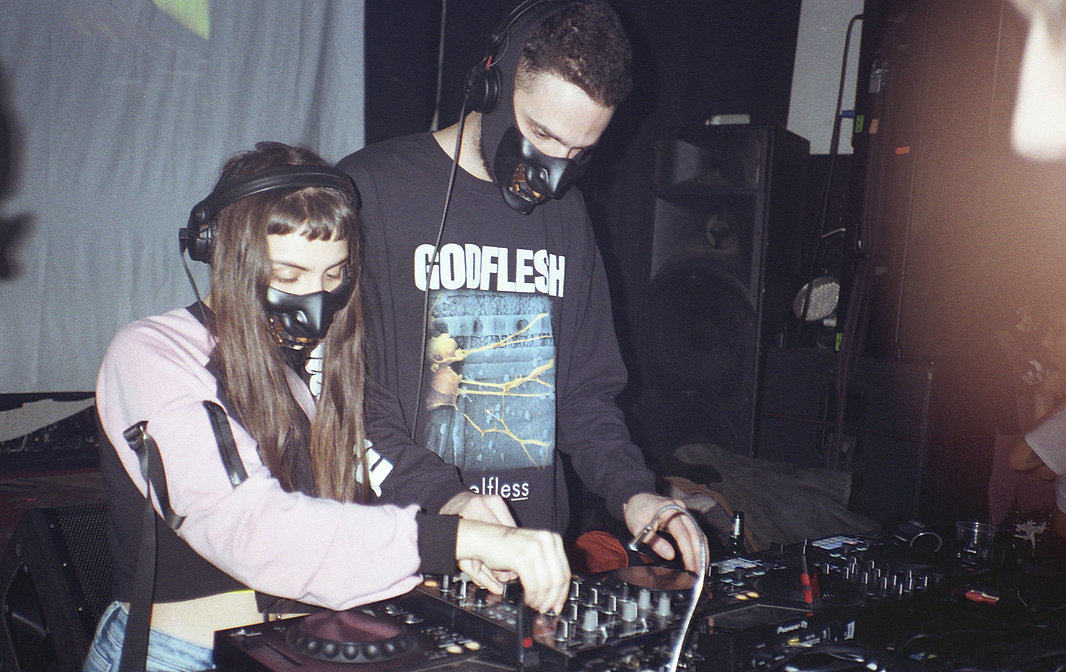 VIBRISSE is a bastard, two-headed, mixed-gender project based in Turin (Italy) who puts into music the current digitally-augmented society's distinctive praxis to level up past, present, and future timelines in one momentous instant where every facet of reality collapses and add up to create an infinite, adimensional reflection of itself.

Focused on contemporary, hybrid club music as well as hardcore styles from the 90s and the 00s, VIBRISSE actively works through fast-paced, unpredictable selections on demolishing any kind of definition and separation between genres, people, and emotions.

PAYNOMINDTOUS founders and resident DJs, VIBRISSE is a fun manifestation of a shared passion+obsession with music, while remaining highly interested in the destruction of every possible discriminatory, colonialist and classist concept our culture is based upon.

VIBRISSE whose appreciation for the visual has largely influenced how and what music they play by also feeling that images can make music more impactful, describe the process of working with both music and visuals as a fascination of the infinite possibilities digital creativity can bring, so much that - inspired by the recent revival of the late 90s club cultures and the connection with new digital media and the hopeful perception of the Future in that time, they started delving into the subject of the visual constructions that dominated the era.

Inspired by several lyrics of bands and songs they love and to which they find a profound connection, TRVE is particularly personal and refers to their peculiar experience: “privileged as such given we're both white and our families do not struggle economically, we lay no claim to have written something with universal meaning or bullshit like that.”In TRVE VIBRISSE collapsed very random stimuli gathered from everyday movie/tv series binge-watching, one particular sentence is a literal Oprah quote.

They took this material gathered in a way that could form a narrative point of view, and divided them into three clear passages. In the first part, they throw some "existential" questions that torment or have tormented the duo in some way or some moments during the past years; then, the second part demolishes the very same questions, laying the ground of destruction for the third part to happen, in which some blunt "revelations" are expressed.

TRVE aims for a narrative flow that would culminate by putting everything under a positive and affirmative light, in the sense that believing total destruction of one's self can be the starting point for deeper self-affirmation and for building something to be proud of - ultimately, to live better: “of course, we know we're reaching this personal conclusion from a privileged point of view, but we believe what is said in TRVE could extend also to someone else's experience.”

TRVE is composed of Metal references in a very broad sense, as the mix also features trap tracks and purely club stuff. With TRVE, VIBRISSE wanted to go with a specific mood of rage and urgent feelings that they feel are very efficiently expressed by music in which someone is screaming and rhythmic sounds are clanging, intense, and rough.

VIBRISSE conclude the adventure on TRVE with the second track they ever produced - a remix that was requested by an Italian metallic hardcore punk band, adding a more personal touch to the work they did in TRVE.